The Incident of the Gas Cap – Craig Franklin, Remembered

A snippet from the book, Psychopaths – A Guide to Survival by Melinda Pillsbury-Foster
Eight Psychopaths, Ten Chapters

NOTE:  Of course, Craig gets one whole chapter for himself but the other seven certainly know who they are. 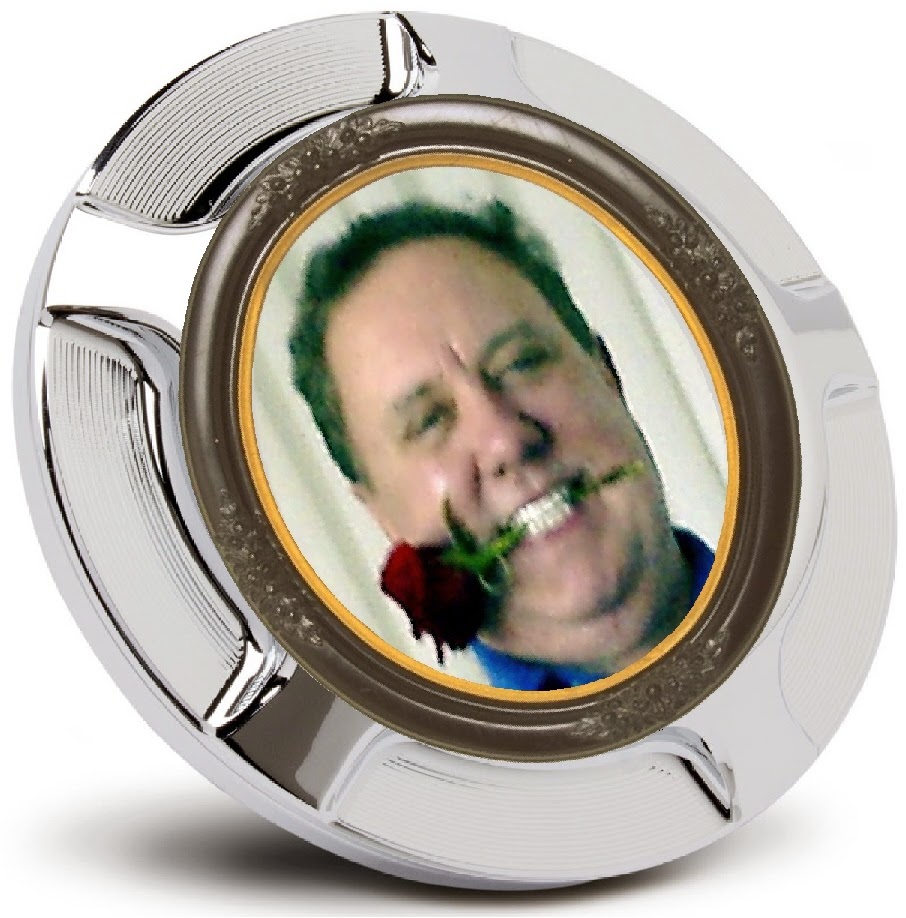 Let me say right now Craig Franklin, my former husband, was not stupid, not in the least. He continuously informed me and anyone else who he had known for as long as 90 seconds that his IQ was 180. Therefore, those looking for a reason the following incident took place must look for some other explanation. I have a few ideas myself, rest assured.

The Incident took place on a Friday evening after I had picked Craig up from work. He would have liked to drive himself but since he had, again, had his driver's license suspended for good and sufficient reasons, this was not possible.

Endangering the lives of other people is not a victimless crime, take note. Issues of increased liabilities if he was caught were foremost in my mind.

Despite my pointing these ominous possibilities to him, and the impact on our already creaky finances, Craig did not see the need for a license to drive. It might seem to this was stuffy of me, but I understood, all too well, the problems encountered by individuals who decided to dispense with these small pieces of plastic.  So, although I do not think licensing of the right to drive is appropriate and affirm it is a v have one myself because the failure to do so is too high a cost in money and aggravation to contemplate.

Craig and I had met at a Libertarian Convention in 1977. Most Libertarians disagree with the rules, grudgingly perhaps, but because it is easier to follow those which you cannot safely evade than paying the costs of ignoring them.

Craig was different. If I had known just how different my life would have been far more serene and less chaotic.

Craig also thought it should be unnecessary to file a tax return, evidently not minding a bit this ensured he would never receive an intact paycheck from his employer, Green Hills Software, Inc. Such is life. If you are interested in THAT story just read the link. It happened.

On this particular evening my former husband, Ron Foster, whose maiden name was Kellett, had been allowed to come to the house to play Dungeons and Dragons with the children he had allowed Craig to adopt so he would not have to pay child support. They were huddled around the dining room table peering at small pieces of cardboard when I drove in with Craig in the passenger seat.

The disagreement had started in the car just after I picked him up from his work at Green Hills Software, Inc., then located in Glendale, California. It had been a long journey home in rush hour traffic to North Hills. I was tired and still needed to go to the grocery store and shop so I could make dinner.

But first, the house needed some picking up. As I walked through the place, reassembling order from chaos, Craig accompanied me so he could continue to argue while he gulped down a snack. 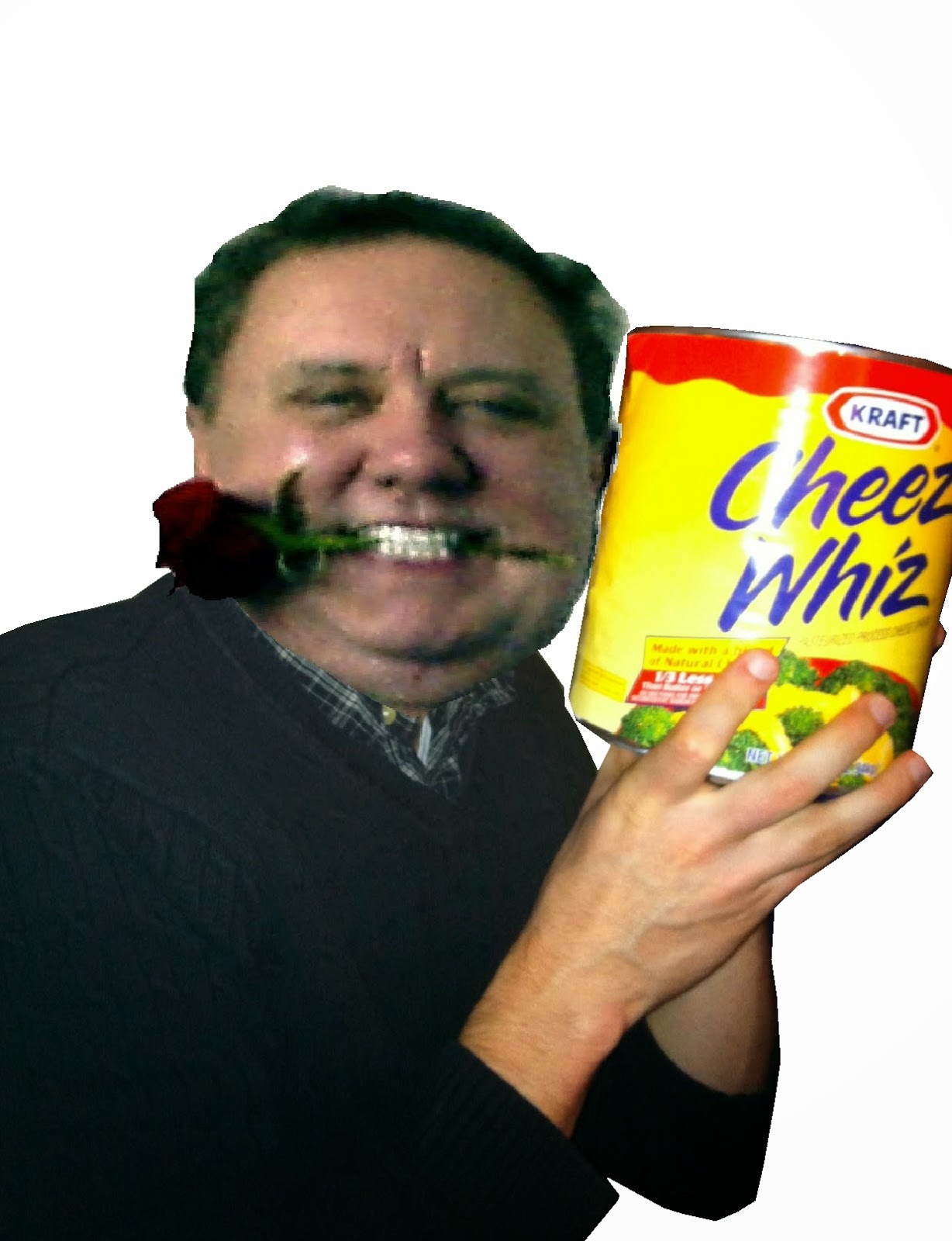 As usual, he had made a bee-line for the refrigerator for some yummy concoction which would sustain him until dinner was ready. The epicurean delights he assembled included Cheez-Whiz, purchased just for him since no one else would eat it. This was slathered, or by preference extruded, on any kind of cracker or not too squishy thing which presented itself. Sometimes it joined globs of Ketchup on a thick slice of meat loaf.

But he really preferred very large portions so we never knew what would emerge as his most recent treat. Cheeze-Wiz was a frequent condiment on all of these constructions. He said it helped hold them together while he consumed them. This is probably true.

I wish I could remember what had started Craig off. Despite his claims of being the most ardent of Objectivists, and being the only living man to have stalked Ayn Rand, sitting for days in the lobby of her apartment in New York with orchids at the ready and a math treatise in his hands, Craig's arguments were never rational.

I kept picking up and straightening. Craig kept talking in louder and louder tones.

It suddenly occurred to me this would be an excellent time to go to the grocery store. Interrupting the flow of verbiage I told him I was leaving and went to get my purse.

When I re-emerged into the dining room a few minutes later the Dungeons and Dragons Saga had paused. All eyes were staring out the window. There, next to the back of the car stood Craig clutching something in his hand.

Ron laconically informed me, “He took off the gas cap.” Odd, I thought, dismissing this latest evidence of Craig's erratic behavior as I walked out, climbed in the station wagon and swung out of the drive way. In the rear view mirror I could still see him standing there, gas cap raised inquiringly.

When I returned about 45 minutes later the D & D had resumed and Craig was firmly locked in the bedroom. He refused to emerge for dinner, which I left in front of the door for him.

It seems after I left Craig had walked back in the house looking perplexed. He then asked Ron, “How could she drive off when I have the gas cap?”

The question had been answered by the six year old in the room.
Posted by Melinda Pillsbury-Foster at 8:45 PM