Finding Beauty in the Silence. With thanks to James Dean and Arthur on this anniversary. 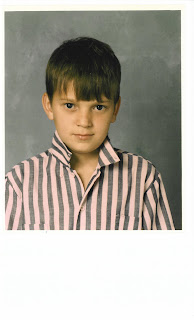 Rob was surprised to hear that James Dean was not the angst-ridden youth he portrayed on the screen. Rob teaches meditation and that was the subject that brought up Jimmy. I was around five when Jimmy taught me to seek my inward Silence, letting all fear, sadness, uncertainty drain out as I reached into the silence behind the wind.

That is what my Dad had called it when he told me about finding it himself when he was eight. The auto accident in 1911 that killed his mother and father left him afraid of heights; he had been thrown from the car as it careened into a canyon.

Jimmy had listened to the story as we sat on the lawn one afternoon; My father had told me about hearing the Silence as he learned to climb the cliffs of Yosemite. Dad had learned from his father, who had been afraid of heights until he had been lost at 10,000 feet dangling on the torn girding of a balloon over San Francisco in 1909. Looking down, Arthur C., his uncle and adopted father, lost his fear, whipped away in the wind and wonder. That had helped Dad when he started climbing in Yosemite. I have picture of Dad when he was around nine, sitting with his feet dangling into nothingness on Overhanging Rock.

Jimmy was the person who told me that the same Silence connected me to God.

Much later I realized that the Friends he talked about that day were Quakers. He had learned about the Silence in Meeting. Sometimes it takes a while for things to connect when you don't understand the terms. I was raised Congregationalist.

My conversations with Jimmy ranged over many subjects in the years I knew him. I remember each of those conversations. I remember the excitement of rolling the ideas around in my mind, tasting them, examining them from different angles. I stored them up, taking them out to examine frequently. Each brought with it trains of other new ideas, each leading inevitably and logically to others.

Over the years I learned that ideas lead you in new directions, to discover unexpected beauty in things you thought were completely ordinary.

Rob, who is also a Buddhist priest, was surprised to hear how Jimmy described the process of photosynthesis. “Trees breathe; They breathe in light – and breathe out life.” Jimmy had told me that on an earlier occasion. I had in that moment seen the connections between the breath I took and the tree that made some part of the air I breathed. Oh. The tree's life flowed into me.....amazing, connections knitting life in all directions.

Jimmy surprised everyone who really understood him, though as time passes I understand how few must have seen this side of him.

Life brings many changes, not all of them ones that fill us with joy.

Tomorrow is the 27th, the tenth anniversary of another event that brought enlightenment and changed my life. That is the day when my oldest son, then 19, nearly died for the first time.

Arthur went 300 feet 20 feet in the air, thrown off his motorcycle. He landed on his face. No one at the hospital thought he would live; it was a near thing. Six months later he shot himself through the brain. He lived, the doctors did not expect that, either.

Looking back you always wonder what you could have done to change one moment in time, to give events a different course. Imperfect knowledge breeds imperfect outcomes and leads one to wonder about the nature of 'perfection.' All of life is temporary, imperfect; but what we learn is forever. Arthur is glad he is alive; so am I. Sometimes finding yourself takes you into unexpected places that bring amazing blessings.

When Arthur was small he learned to ride a skateboard; watching him was terrifying at first, but there was beauty and grace there as he glided over the pavement. I know he did not see that himself. He was looking for a different kind of perfection. I could see that as elation on his face when he came home.

After he shot himself he had to learn everything over again and it took years before he could walk unassisted. Those steps were slow and unsteady. But in each step there was strength and courage that deepened my respect. Others may see the handicap. I see the man who has found that same Silence internal that my father and Jimmy once helped me find. But I also remember my son, gliding down the street as if he flowed on air.

Memories endure in the Silence; a reservoir of joy and love that never fades. Even if that were all that life is, it is enough.

Posted by Melinda Pillsbury-Foster at 8:04 PM