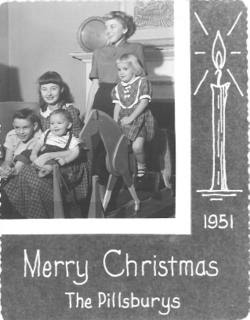 In Japan gifts are very conscious parts of life. After those weeks in that stark, small, waiting room with the ugly linoleum floor and those hard chairs giving and receiving looked different to me. They mean more and now they are more than objects. Gifts are many things. Anne's death and the Battle of the Gifts taught me many things. Some of the gifts life brings, the least visible, connect us across time; the greatest gift, love, connects us us past death, and that I find as I grow older and hopefully wiser, is the most precious thing we ever receive.
Posted by Melinda Pillsbury-Foster at 3:46 PM

Wow, Melinda, you have a beautiful story-telling gift. Thanks for offering me a peek into life with your family. I look forward to more "Musings from Melinda!" And thanks, also, for the reminder....I'm phoning my sis right now.
Hugs,
Nancy